Fortress of Louisbourg | A Bucket List Experience In Our Own Backyard

Located on the rugged shores of Cape Breton is a glimpse into some remarkable Canadian history. The Fortress of Louisbourg tells the story of the formation of Canada. It provides an opportunity available to all of us to be transported back in time and learn how Canada evolved into the country we all call home today, yet sometimes it is easy to forget or take for granted this historical gem right here in our community.

“People come to Louisbourg because they have it on their bucket list of places that they want to see or do. As local people, we sometimes don’t realize we have bucket list experiences right here in our own backyard,” says Visitor Experience Manager, Eddie Kennedy. 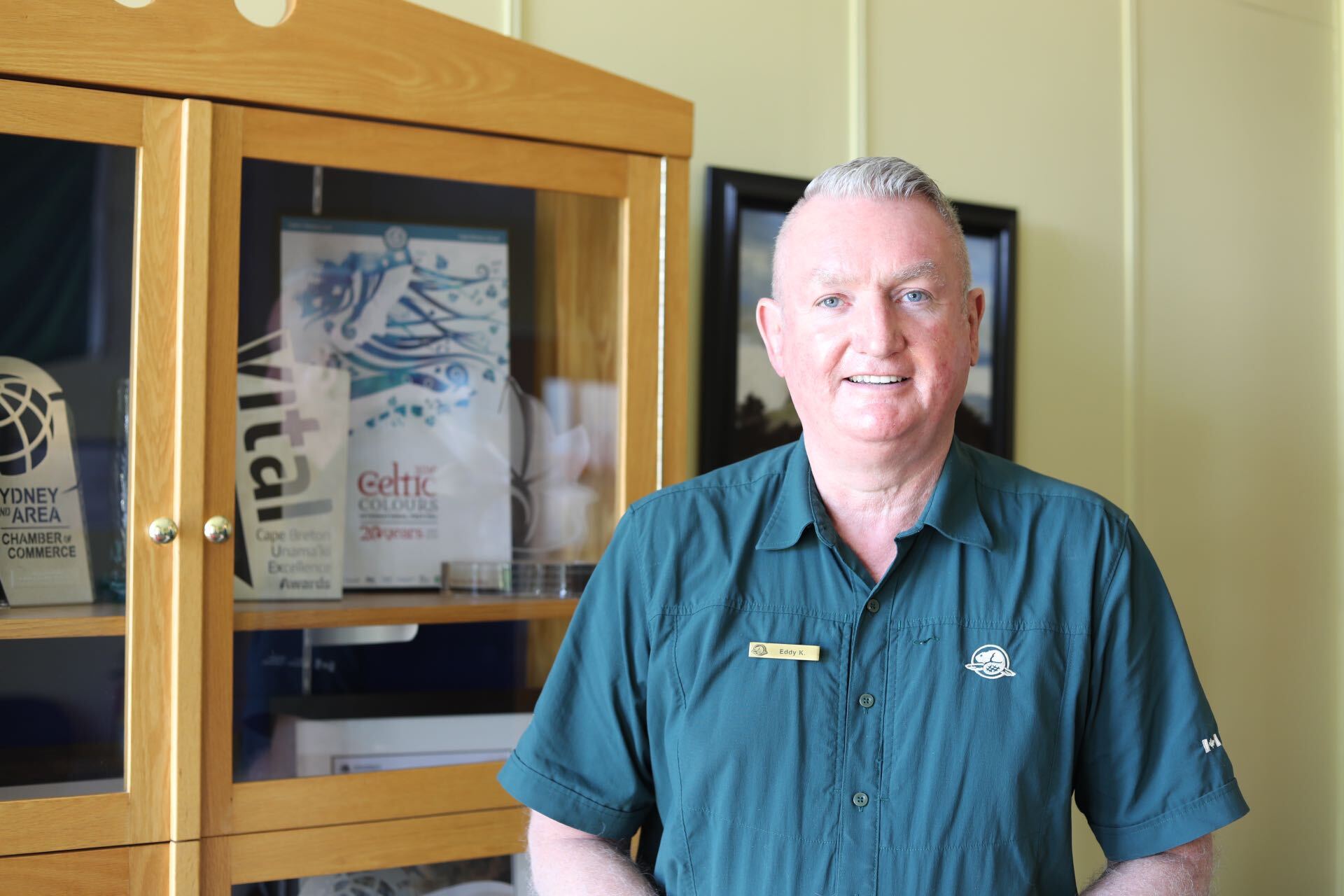 Step beyond the massive gates of the Fortress and you are instantly transported back to French colonial life in the 18th century. First settled by the French in 1713, the constructed Fortress became a significant military and naval outport in North America.

“The French were keen on doing this [constructing the Fortress] for two reasons: one was the fact they had just lost control of Newfoundland and mainland Nova Scotia, so they wanted an area where they could still operate and participate in the fishing industry – at the time, they were making what would be millions in today’s income. Secondly, they wanted to have a safeguard protecting interior New France, mainly and primarily Quebec, and Louisbourg sat at the Gulf of the St. Lawrence.”

While the Fortress of Louisbourg is a reconstructed site, what you may not know is that the reconstruction is a part of the evolving history of what Louisbourg means to the Cape Breton Regional Municipality (CBRM).

“When you look at why Louisbourg was reconstructed in the 1960s, it was constructed as a project for unemployed coal miners. When the coal mines started to shut down on Cape Breton Island, the Government of Canada looked for a make-work project to deliver new skills to this huge population and workforce of miners that didn’t have jobs. Even back in the 1960s it had a huge impact on the Cape Breton economy.”

Since then, it has transitioned into a main attraction and economic driver for the tourism sector on Cape Breton Island. Open year-round, the Fortress of Louisbourg offers a unique experience to its visitors. Starting Victoria Day weekend (in a non-COVID year) right up until Thanksgiving, there are costumed interpreters on site offering interactive exhibits and demonstrations from cannons to dancing, guided tours, and almost all the buildings are open during that time. 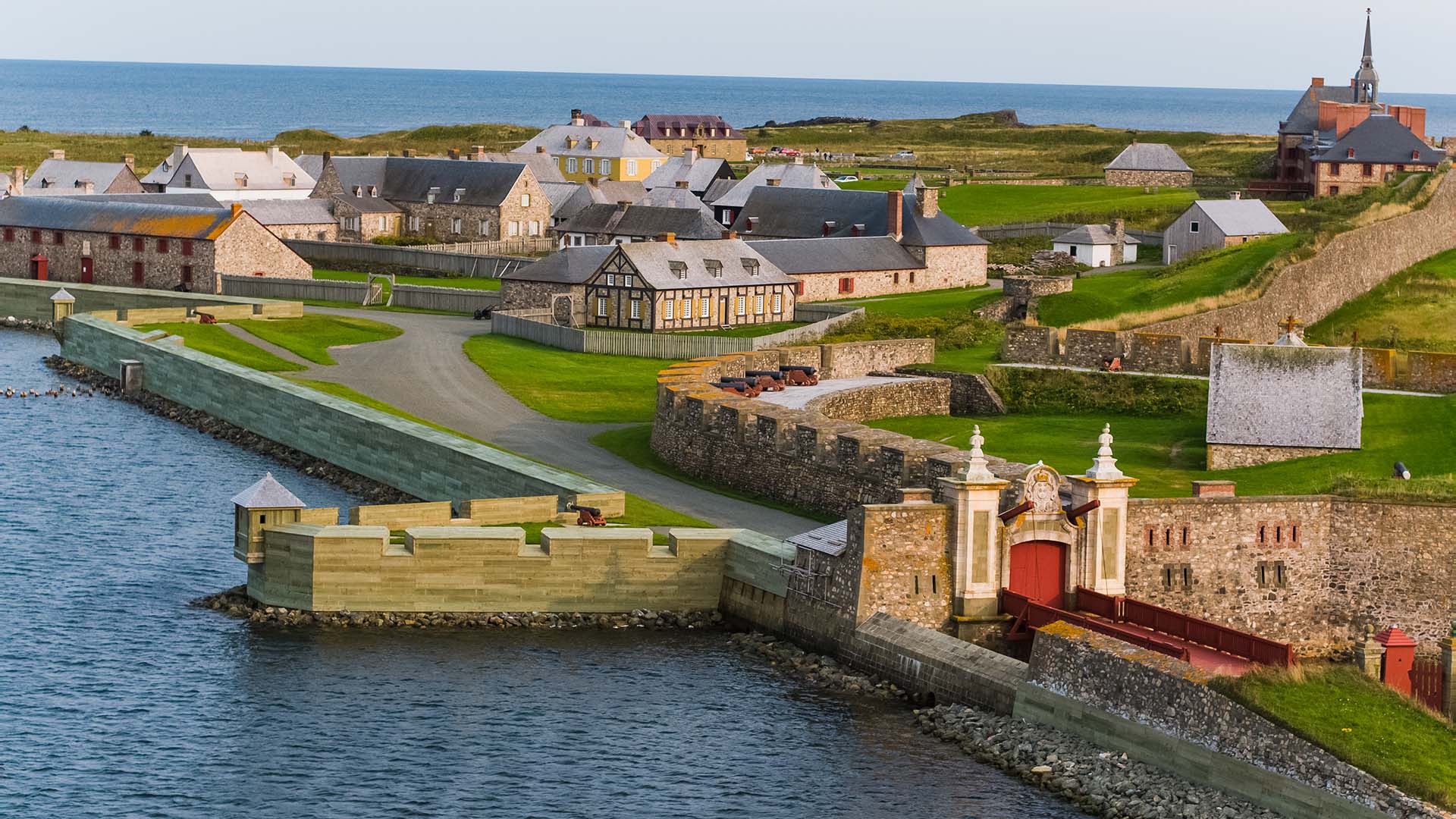 “You should give yourself anywhere from 2 ½ to 4 hours to actually see the site. Even though the reconstructed town is only one-fifth of what the French had here, it is still about the size of 4 or 5 city blocks. Give yourself enough time to walk around, engage with people, and absorb it.”

And when it comes to advice about the Fortress, take it from Eddie! He has been with the Parks Canada team for 35 years. Born and raised in the area, he began his career working as a high school student at the Fortress in the summer. Now, he shares his wealth of knowledge with staff.

“I was born and raised just outside of Louisbourg. My family was one of the families expropriated during the site’s creation back in the 1960s, so there’s a strong personal connection. It’s one of those places that you read about in history, and it doesn’t get enough focus – the importance it had in the development of North America, not just Canada, but within the US and how the US came to be.”

Eddie’s passion for Louisbourg and his work shone throughout our conversation. His knowledge of history is clearly vast, but it was his energy when he described the interactive experiences and developments that truly showed his long-lasting love and commitment.

“Louisbourg developments are in the works…we are looking at moving our administrative building to the former town hall in [downtown] Louisbourg, a building that the CBRM was looking to repurpose. It is a good match for us to create a stronger presence of Parks Canada within the town of Louisbourg. To give us a little bit more of a profile and let people know we are a part of the town and are quite happy to be so.”

In conjunction with the prospective town hall move, there is also discussion of moving the Visitor Centre to downtown Louisbourg as well. A partnership with the CBRM, Develop Nova Scotia, Tourism NS, Destination Cape Breton, Fortress Louisbourg Association, and partners within the town of Louisbourg, during peak season, you would park your vehicle in downtown Louisburg, pay your entrance fee, get a little orientation, and hop on a bus to the Fortress.

“You’ll physically be out of the car and walking about in downtown Louisbourg; which opens up all kinds of opportunities for economic growth with more people visiting the downtown core. Whether it is gift shops, or other interpretive experiences, within the town itself it creates huge possibilities.”

For one of the newest developments, you won’t have to wait much longer. On June 28, the Fortress of Louisbourg is scheduled to open the doors of its new tavern experience in partnership with the Fortress Louisbourg Association.

“The Storehouse was a catch-all; we would have Celtic Colours events there and at times we would use the facility when we were doing our 18th century rum tasting program. This year, it has been refurbished to have an 18th century tavern feel. There were over 100 inns and taverns in 18th century Louisbourg selling alcohol to soldiers and sailors transitioning in and out of town so having this tavern experience today is a really good fit.”

The alcohol that they will have for sale at the tavern is produced with local craft breweries, craft cider houses, and will include the famous Fortress rum, produced by Authentic Seacoast Company, that is available in both light and a newly-launched dark. And to top it all off, you won’t just be buying a beverage, you’ll be buying a story. Each of the beverages will be branded with a Louisbourg-themed name, accompanied by the story that goes with it.

As we head toward Canada Day weekend, Eddie reminds us that July 1st is free admission for all. On a regular day, 17 years old and under is always free entry to Parks Canada administered places, and if you’re a new Canadian citizen, the first year of your citizenship is free as well.

So, as you’re planning your next adventure consider adding the Fortress of Louisbourg to your list. You might just discover it is truly a bucket list experience right in our own backyard!

For more information on visiting the Fortress, visit the Parks Canada website here.